When I was a child and spent my summers at Canada Creek, Michigan (find that on a map, you know you turn left at the red mailbox),  my Aunt Carol would come for a visit every August.  While she was there, we would always go to Mackinac Island, and we would also go to an old abandon homestead nearby.  We would pick the green apples before the elk got them, and she would make the best apple pie.  This is her recipe.  As you know, I do my own thing with most recipes, but I see no reason to mess with something that was great.   This recipe was written down over 50 years ago, and that is white paper, yellowed with time.  My cousin Becky sent me the recipe.  Thank you, Becky! Below is my attempt at Aunt Carol’s pie. I hope I made her proud! 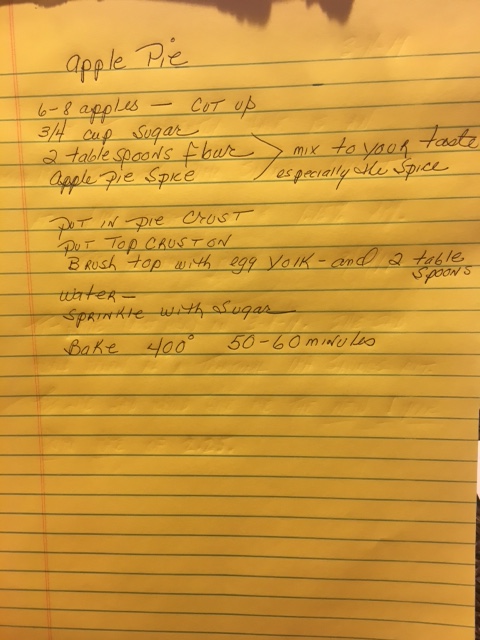 OK. I said I wouldn’t change anything, and I’m not! But I would check the pie after 25 minutes and cover the top crust with foil,  so it doesn’t get too brown.

Also, put a sheet tray under your pie pan so it doesn’t drip on your oven. 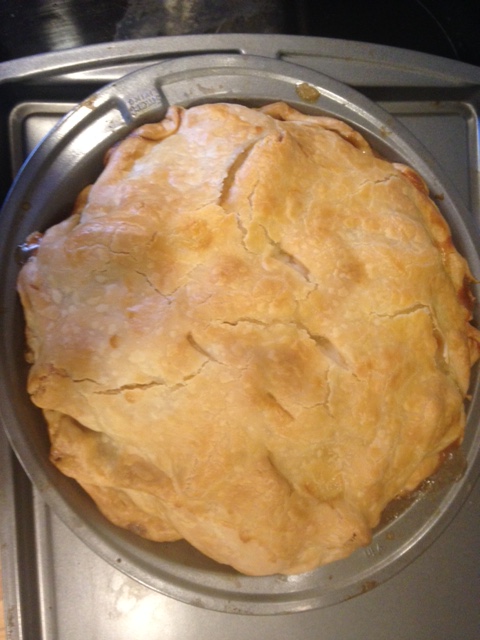