My daughter Leslie said I should do a new cheesecake recipe.  We have used the Susie Q recipe for years.  She also requested that I use pairs.  I then asked her if she wanted anything else and her reply was “I have faith in you to innovate” .  So with that challenge I came up with this recipe which is not your standard cheesecake it has no cream cheese

In bowl 1 whip egg yolk with sugar and vanilla whip until pale yellow about 3 minutes
Add lemon zest and beat for 2 minutes
Add ricotta cheese and beat for 3 minutes
Clean beater
In bowl 2 whip egg whites until stiff peaks form
Fold egg whites in cheese mixture until egg whites disappear
Spray springform pan sides
Place batter in pan gently
Take a cake pan and place it in the bottom shelf fill with water
Bake for on the medium rack 70 minutes or until a toothpick comes out clean
Chill for 6 hours
Cut into wedges
Sauce
Mix port wine, sugar cinnamon stick, and cloves in a two quart sauce pan
Bring to simmer let reduce for 30 minutes
Strain count your cloves and cinnamon sticks is it the same amount you put in if have more than you started with you suck at math.
Return to pan
Peal and cut  4 pears in half and then core bosh pears will work best they are the firmest
Place pear in poaching liquid for 25 minutes
Serving
Place wedge on serving plate place pear half on top of cheesecake top with wine sauce
Garnish with a sprig of mint.
thicken with a cornstarch slurry water and cornstarch mixed
Ok use some whipped cream if you must. 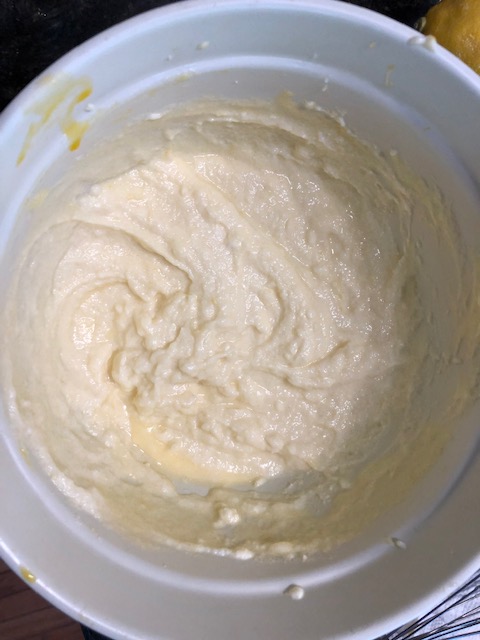 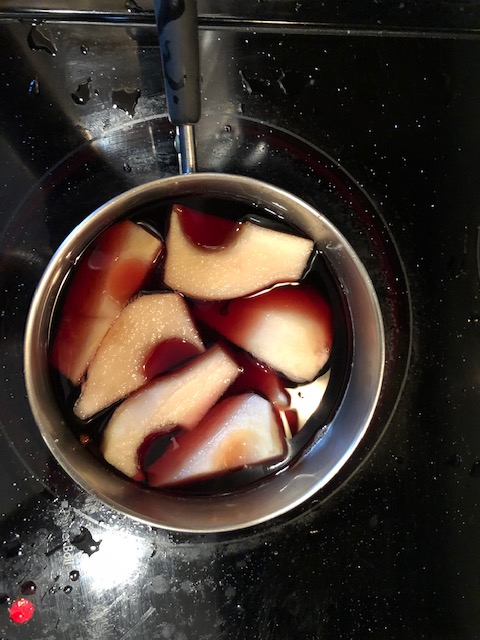